Decks, postcards are carefully packed and dispatched within 3-4 business days after payment. Exception: reprint on order, such decks of cards are sent within 7-8 business days. Sending is carried out by Russian post with a tracking track. Shipping costs depend on weight and postage rates at the time of purchase.

You buy decks, postcards from the private collection of Alexander Lutkovsky, I am on all social networks. I have been collecting since 1981, since 1985 I have been actively communicating with collectors, I started selling the exchange fund on the Internet in 2003. I always fulfill my obligations and I am always in touch. In order to avoid misunderstandings, if you have any questions, it is better to ask them before buying. 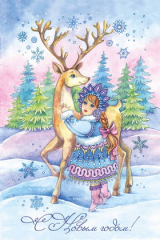 New Year's cards are my favorite, as well as the New Year's holiday itself, they are the most joyful and charming. 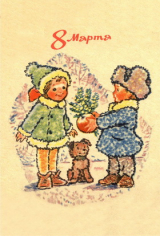 In this section, greeting cards for the holiday of March 8. This is a celebration of spring and the beautiful half of humanity. 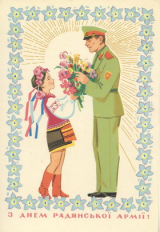 February 23 - in the USSR is the day of the Soviet Army. In modern Russia - Defender of the Fatherland Day. 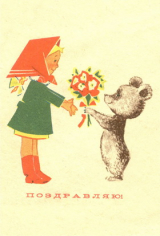 Here are collected universal postcards with the words Congratulations on the holiday and the like. 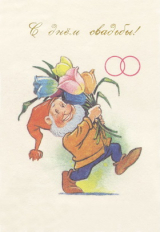 Here are collected postcards dedicated to the wedding. This and wedding invitations and greeting the wedding celebration. 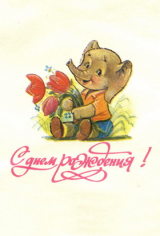 This section contains postcards dedicated to celebrating a birthday. 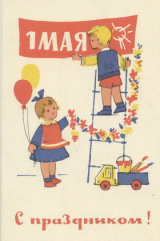 May 1 in the USSR - the Day of International Solidarity of Workers was celebrated very widely. 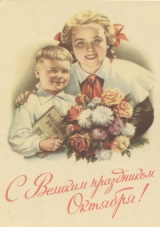 In this section there will be art postcards dedicated to the main Soviet holiday on November 7. 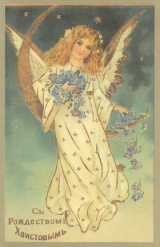 In the countries of the Christian world, Christmas is the main holiday, and Christmas cards are issued to it. 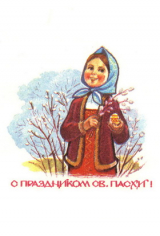 Easter is the Bright Resurrection of Christ - the oldest and most important Christian holiday. 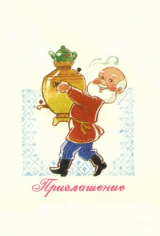 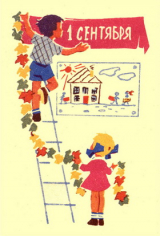 In this section, postcards dedicated to September 1. It is on this day that school starts. 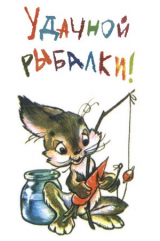 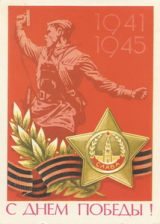 May 9 - Victory Day in the Great Patriotic War. The holiday was preserved in some countries of the former USSR.

A postcard (originally an open letter) is a special kind of postcard for an open letter (without an envelope). Postcards first appeared in Austria on October 1, 1869. Initially, they were without images, but people themselves began to draw pictures and merchants quickly started issuing postcards with drawings. In Russia, the postcard was released in 1872, the first Soviet postcards date back to November 1917. In 1878, the International Postcard Standard was adopted at the Universal Postal Congress in Paris: 9 × 14 cm, which was changed to another 1025 × 14.8 cm in 1925. Now in Russia, postcards are published mainly in 10.5 x formats 21 cm and 12 x 18.5 cm.
Collecting cards is called filocarty.
Despite the short history of this type of printing products, the space for a collector is very large both in subject and geography. For postcards drew a variety of artists, in the USSR the artist’s name was necessarily present on the postcard, there was also a release date - which really helps the collector. Most of the foreign, pre-revolutionary and modern Russian publishers of the author of the figure does not indicate. But on the other hand, many private publishers have appeared - who respect the authors, as well as the artists themselves began to issue author postcards. Such publications usually have a small circulation and very soon will be rarities. I emphasize the greeting cards, the drawings on them have the magic of the holiday and a good positive mood, because each artist has put the best part of his soul into the drawing. A lot of collectors collect postcards of authorship of certain artists, in Russia the most popular artist Vladimir Zarubin, he has created a gallery of charming works for his many years of creative life. And there are a lot of artists who worked in the past and are working now. Plunge into the world of beauty!